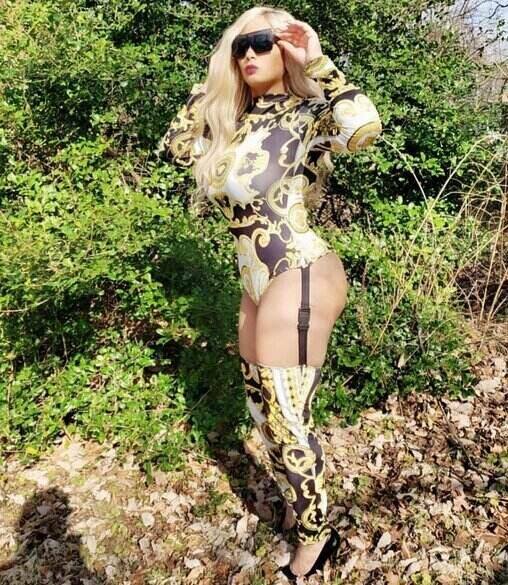 In the world of Hip Hop, new stars are emerging every year. The female rap game is exploding. One notable rising star that is blazing the female rap scene is from Louisville, KY and goes by the name InKredible Kam. She is a female rapper from a city that has produced notable stars such as the great Muhammad Ali, Bryson Tiller, Jack Harlow, and many more. The city of Louisville, KY is also the city where Breonna Taylor was from. She is the woman that was tragically killed during a raid on her apartment that sparked a worldwide social injustice movement that has impacted the world.

I had the opportunity to ask InKredible Kam who are some of the artists that inspire her. She stated that artists such as Jay Z, Lil Kim, Drake, and Beyonce’ are her biggest inspirations. She also mentioned that she loves all of the current female rappers blazing the path which includes Nicki Minaj, Cardi B, Megan the Stallion, Sawatee, and another new artist by the name Mulatto. InKredible Kam loves the current trajectory of the female Hip Hop movement and is looking forward to making her contributions.

I also asked InKredible Kam to give me a fun fact that people may not know about her considering she is a new artist emerging on the female rap scene. She had a very interesting story. She stated that she was offered the lead role in Drake’s music video “Find Your Love”, but turned the opportunity down because she didn’t want to appear to be a video vixen as a newcomer to the music industry. She mentioned that she has flown on a private jet with Drake as they had attended a University of Kentucky college basketball game together. However, Drake is a University of Kentucky basketball fan, and InKredible Kam is a huge fan of the rival college basketball school, the University of Louisville. They first met at the basketball game between the rival schools. She considers Drake to be a very close friend and a mentor whenever she needs advice.

Be on the lookout for the talented and gorgeous rising star InKredible Kam as she is making her presence known on the female hip hop rap scene.

Jennifer Huddleston - August 2, 2021 0
Countless Tiktok patterns and an entire pandemic later, we are certain everybody more likely than not heard Jalebi Baby. The viral tune delivered by...

InKredible Kam is Blazing the female rap scene in Louisville

She built her profile into a growing empire